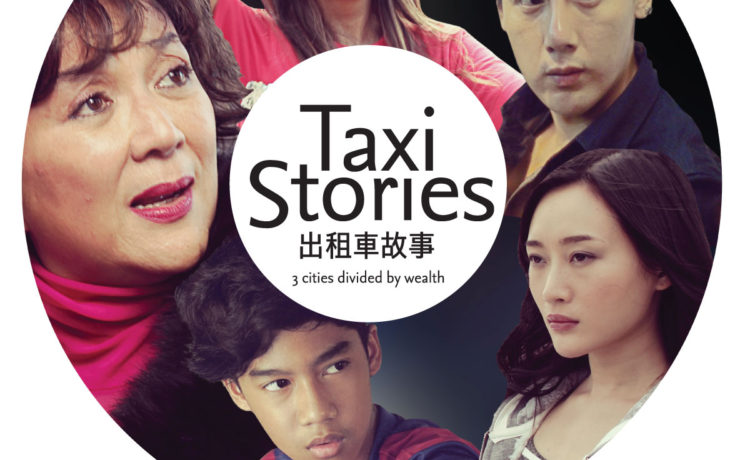 In an increasingly economically polarized and virtually connected 24 hour Asia, a poor Beijing taxi driver, a pregnant Hong Kong trophy wife and a Jakarta slum kid struggle to connect despite the constraints of their social class.

SYNOPSIS: TAXI STORIES is a mosaic film of 3 stories in 3 different Asian cities where the paths of the rich and poor cross one another in and around taxis. A poor gay Beijing cab driver tries to seduce a rich passenger, a Hong Kong pregnant trophy wife starts to develop feelings for her maid and a Jakarta slum boy becomes infatuated with a Western female backpacker. All 3 characters desperately want to connect on a basic human level but are their own worst obstacle. In a new Asia where social mobility is linked to increasing wealth, money divides and separates each of them making it harder to be who they really are and not what they appear to be.